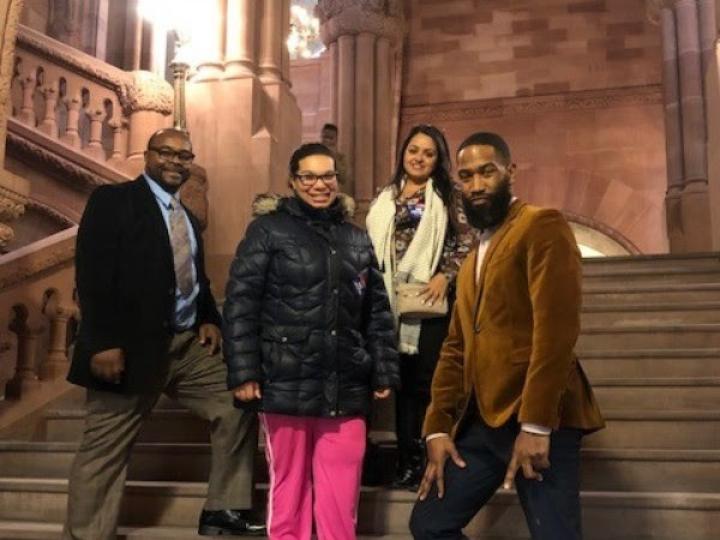 Last Tuesday, 33 people from across YAI went to Albany to join the New York Alliance for Inclusion and Innovation in their lobbying efforts. With such wide representation from the agency, we were able to meet with 40 different elected officials or their chiefs of staff! The group was able to thank their elected officials for supporting a living wage for Direct Support Professionals. YAI's representatives advocated for our elected officials continue to support the #bFair2DirectCare Campaign and accelerate the time frames of the salary installments from six years to three years. 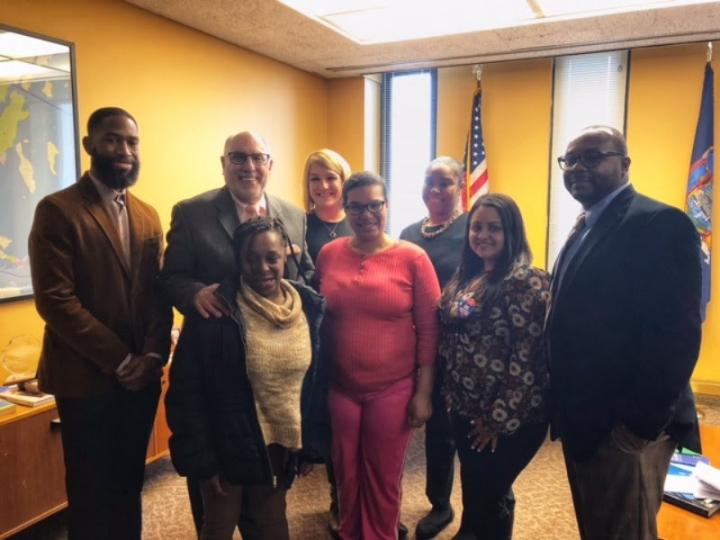 Assemblyman Michael Miller (District 38) joined YAI on Monday night for dinner. Assemblyman Miller helped the group prepare for Tuesday's lobbying efforts by sharing tips on how to best advocate. On Tuesday, Assemblyman Miller invited YAI to be announced in the Assembly Chamber as the assembly was in session! Assemblyman Edward Braunstein (District 26) and Assemblywoman Stacey Pfeffer Amato (District 23) joined us for a photo op. The group then got a chance to sit down with Assemblyman Braunstein in his office. Mr. Braunstein is familiar with YAI as he has visited one of our programs in the past, attended a Queens Dinner Dance and does his food shopping at the Stop & Shop that employees our very own Dorothy L., a resident of a YAI IRA in Little Neck. Overall, the trip was a great way for YAI to show our commitment to advocacy and to taking action!