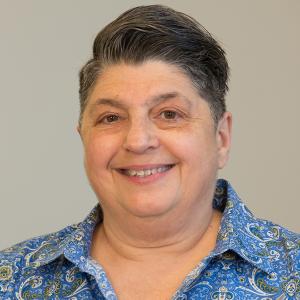 Marie oversees the YAI’s adherence to laws, regulations, and the agency’s internal policies. Before joining YAI, she spent 25 years at AHRC-NYC where she served as Director of TBI Services, Associate Director of Adult Day Services and, most recently, as Chief Compliance and Privacy Officer. From 1983 – 1994, Marie oversaw numerous research and training projects at the NYU Medical Center Rehabilitation Research & Training Center on Head Injury and Stroke. During that time, she also served on the New York State Department of Health (NYS DOH) Head Injury Services Coordinating Council and the Board of Directors of the Brain Injury Association (BIA) of NYS. Marie also served as President of the Board of Directors of the BIANYS from 2008 – 2013, for which she was awarded the Affiliate Leadership Award, Chief Volunteer Officer of the Year from the BIA of America. She also received the Leadership Award and two Consumer Advocacy Awards from BIANYS. Marie received her doctorate in Educational Psychology from NYU and is certified in healthcare compliance and privacy.