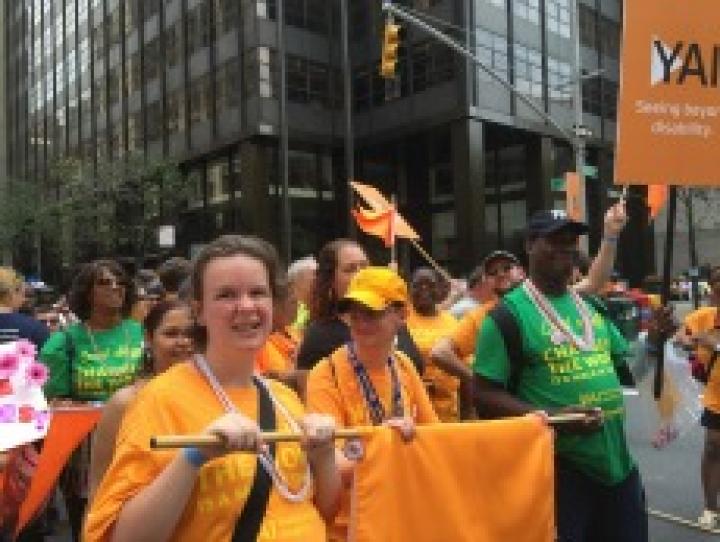 "We're proud to be who we are," said Larry Hall, a member of YAI's Hankering for More socialization and friendship program.

"This is about freedom and to be accepted," added Alem Blount, a member of YAI's New York City Self-Advocacy Group.

Individuals from Broader Horizons, our socialization and recreation program for individuals with autism in Long Island, residences throughout New York City and Westchester, as well as day/employment programs marched down Broadway on their way fromMadison Square Park to Union Square. 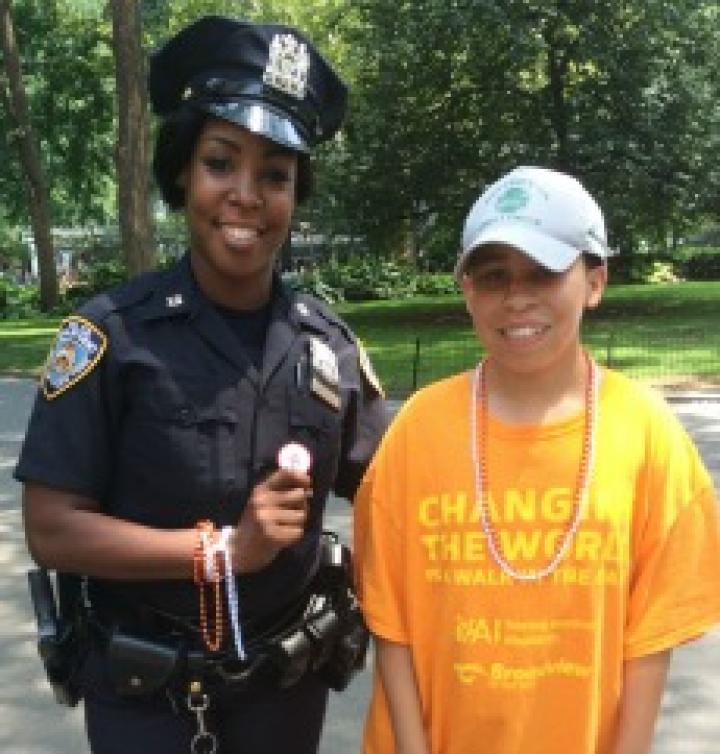 They waved orange flags, held up signs and a YAI banner and handed out orange and white necklaces and 'Erase the R-word' buttons to parade spectators.

"This is fantastic," said Cynthia Wallace, who joined her son Jonathan, who attends our Zerega Ave. Day Services and Manhattan Recreation programs. "Next year I'm going to get my entire family, friends and company involved."