The civil and political unrest that has galvanized many Americans against systemic racism has profound implications on the lives of children and adults with intellectual and developmental disabilities (I/DD). Discrimination based on race and color adds another obstacle to a level playing field – one YAI is mobilizing to address. And while the organization and its base of more than 4,000 employees seek institutional change in the workplace, YAI must also bring the issue, and the need for sustainable solutions, into the lives of the people it supports.

According to a 2016 report by the Ruderman Family Foundation, nearly half of those who die at the hands of police have a disability. Recent national headlines, including the sentencing of Matthew Rushin, a 21-year-old Black man with autism, have raised the profile of a significant risk some people face. Being a person of color with a disability compounds the risk that an encounter with law enforcement may yield tragic results. 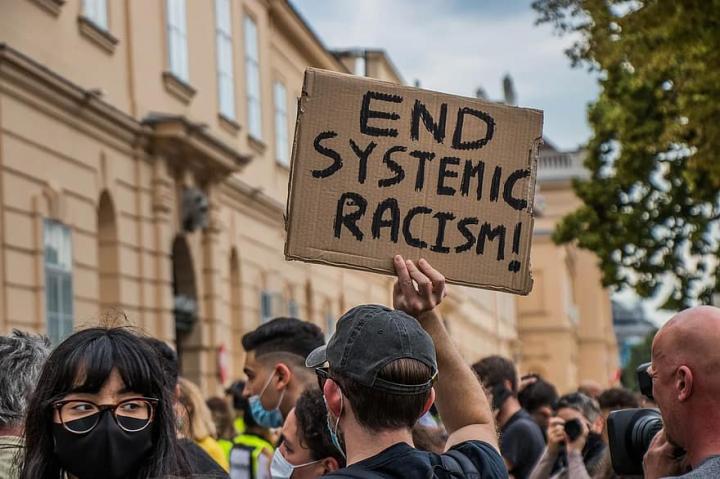 ccording to Emina Ahmetovic, Residential Supervisor at YAI‘s Kew Gardens residence, local police have not always been quick to understand the dimensions of disability and their effect on behavior. “In the past, we had a resident who would engage in self-harm, so we would have to call 911 to de-escalate the situation,” she said. "Unfortunately, they would come in with more officers than needed, be excessively aggressive, and refer to the person as ‘crazy.’ The officers didn’t show that they understood how to approach people with disabilities in a productive manner – the labeled them and didn’t care.”

The term “compliance culture” is what motivates some in law enforcement to react strongly when their perceptions of conventional behavior are upended. What’s more, fear-based on a person’s past interactions can aggravate an adverse reaction--and even an escalation--when people with I/DD deal with a police officer, Ahmetovic said.

“I get nervous when the police come around because I think something is going to happen to me, like they’re going to take me to jail,” said Vance Brooks, a Black resident of the Kew Gardens home and a YAI Self Advocate. “They had me in handcuffs one time when I lived in Brooklyn – they weren’t listening to me.”

Recently, through informal trainings and scripts, YAI staff have provided more guidance and protection for law enforcement interacting with the people with disabilities. START, a program YAI runs in New York City and Northern California, has given informal trainings to police officers and first responders that touch on the vulnerabilities police may encounter in a supported residence, according to Stefon Smith, Program Director of NYSTART. These trainings also extend to staff and family members of people with I/DD.

“We provide scripts to family members, including how to ask for a Community Intervention Team Officer and how to explain the special needs associated,” Smith said. “These things can help increase the probability that the person we support will be protected and better understood.”

For Vance Brooks, police in the vicinity are to be avoided, not necessarily the best solution if someone is in danger. But having staff nearby makes him feel safe.

“When I watch the news, I see people getting shot, falling on the floor, and people hitting them with the batons. I feel like that could happen to me,” Brooks said. “But when the staff is there, I feel safe and that they’re there to support me. Otherwise, I like to go to my room when the police are here not for me.”

YAI has also developed social stories that explain racism and the movement for justice sweeping the nation. Techniques like these are paramount to provide effective support for many in the I/DD community who may be confused or scared.

Staff and family members can use a combination of social stories and de-escalation techniques on their own before involving the police as needed, Smith noted. Staff and family are especially cognizant of how race may play out in these confrontations.

“We are all acutely aware of the issues surrounding race and policing, and we try our best to make sure we do everything in our power before resorting to 911,” said Smith. “We want to make sure that no one is harmed when someone is having an episode, and since police become de facto responders to any sort of disturbance, we will continue to push for effective trainings to make sure they are able to handle these cases in real-time in non-lethal ways.”