More Than a Job: Staff Discuss Why They Chose YAI 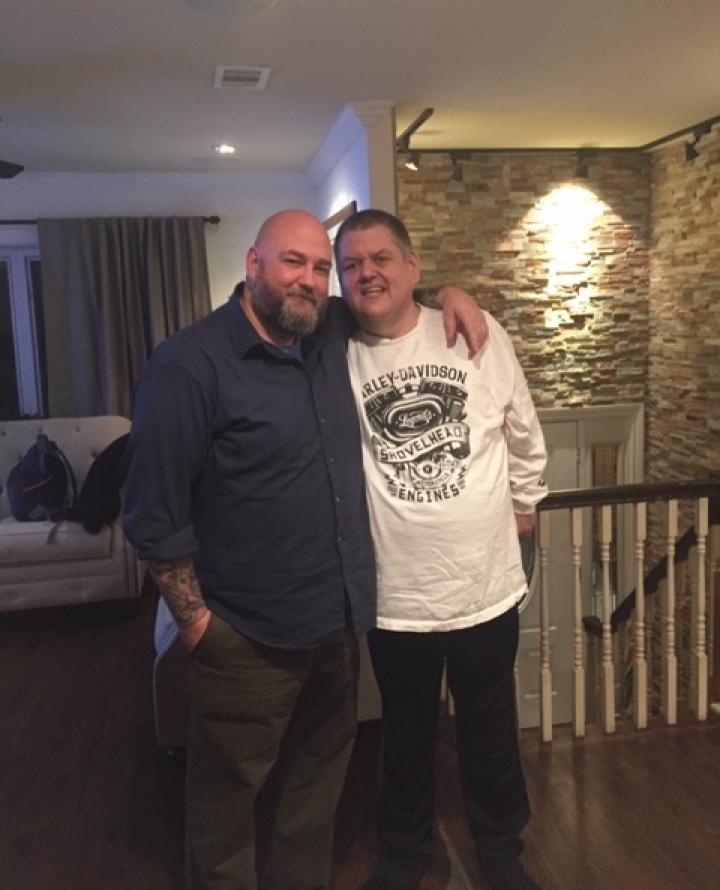 “My older brother has autism, so being around people with developmental disabilities wasn’t unusual for me,” she said. “As a child, I had to deal with looks from people who wondered why he wasn’t ‘behaving.’ I knew he was different from me, but I also knew that different isn’t bad. He’s still my brother. He shares my likes and dislikes, and we bonded over cooking, shopping, and music.”

Her brother, Lanard, has been supported at YAI’s Tarrytown day program for more than 20 years. Seeing how he thrived, Robinson felt inspired to pursue a career in the I/DD field. After two years of temporary work at other I/DD agencies, Robinson applied to YAI. In November 2018, she was hired as a Direct Support Professional (DSP) at East Tremont where her lifetime of experience with I/DD soon paid off. Within a year, she was promoted to Assistant Supervisor.

Robinson is one among many YAI employees who came to the agency or choose to stay because they feel driven by a higher purpose. Her rapid promotion to Assistant Supervisor is not surprising in light of a 2015 U.S. Purpose Index study which found that employees who are motivated by purpose over financial gain or social status are 50 percent more likely to be promoted into leadership positions. Additionally, these employees report 64 percent higher levels of satisfaction in their work, citing deep relationships with colleagues and the ability to make a difference as major contributors to their career bliss.

This was the case for Sonja Williams-Richardson, YAI’s Director of Training. Williams-Richardson, who has been with the agency for 27 years, began her YAI career as a respite worker, providing in-home support to families of people with I/DD. Fresh out of college, she was uncertain if the I/DD field was the best fit. It wasn’t long before she had an answer.

“I’d been working with a family in which the dad had a heart attack, leaving his wife as the only caretaker for their son,” Williams-Richardson said. “Up until then, I’d been providing respite services just a few hours a week, but YAI allowed me to take more time to support her and her son while her husband recovered. Seeing their relief when I walked through the door and knowing I could provide that meant everything to me.”

Though she had long since come to love the field, she had no idea that it was the only thing that could have prepared her for what came next. Nine years into her career, Williams-Richardson gave birth to twin sons, one of whom was diagnosed with I/DD. At a time when other parents might have felt lost, Williams-Richardson knew exactly what she needed to do to ensure her children would thrive.

Today, both her sons, Brandyn and Breon, are high school graduates with plans to attend college. Once he finishes school, Breon, her son with I/DD, intends to follow his mother’s footsteps into the field so he can help others like him.

“Over the years, people often said to me: ‘Having a son with I/DD must make it a lot easier to do your job,’” Williams-Richardson said. “I tell them that it’s actually the other way around: working at YAI helps me to be a better mom.”

Much like Williams-Richardson, David O’keefe, YAI’s Regional Director for Queens, began his professional life at YAI. He came to the agency in 1991 as a DSP at the suggestion of his future mother-in-law. An administrative assistant at YAI, she saw the relationship that O’keefe had with his younger brother with I/DD, Michael, and thought he would make a great DSP.

“I went to college for the arts,” O’keefe said. “I think that, to some degree, I was avoiding this field. But then I came here and loved it. Knowing that you’re important to someone and having them become just as important to you is incredibly fulfilling.”

O’keefe added that those who come into the I/DD field with the belief that their sole job is to be a caretaker might not find the same fulfilment he has.

“This field is all about getting to know people and know you can help them achieve their goals and be there for the long term,” he said. “I realized quickly this was less a caretaker role and more like a life-coach. This job gives you a real opportunity to help people realize their dreams. It can be stressful at times, but more often it’s energizing. Things happen that surprise you. People take steps forward that you didn’t expect and it feeds that energy and gets you going again.”

If you're looking to start a career at YAI, visit yai.org/careers