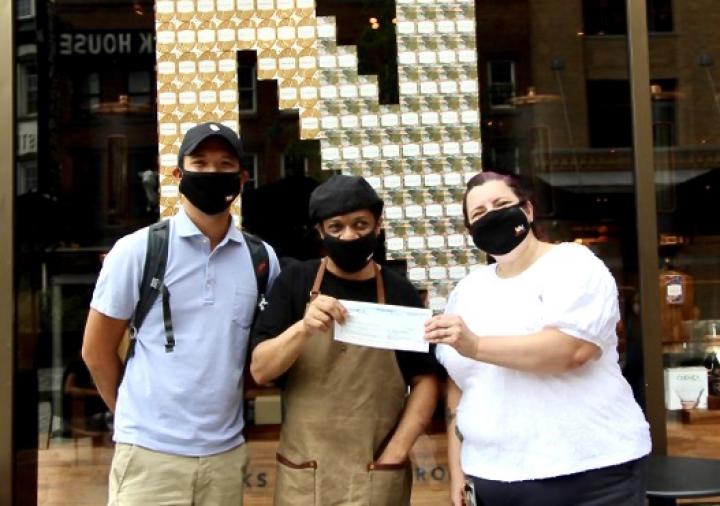 Long-term job placements for people with disabilities can yield improvements in their quality of life, according to a 2018 systematic review in the Journal of Occupational Rehabilitation. This unsurprising fact has been a cornerstone of YAI Employment Services’ ethos for many years. But a new focus on job retention and maintaining strong employer relationships is one silver lining of the otherwise catastrophic COVID-19 public health crisis. Consider the relationship between Andre Williams and New York City's Starbucks Roastery, where Williams' pioneering success has brought an unexpected dimension to what others might consider an ordinary job.

“It’s been one year since I started working at Starbucks, and I’m happy because it’s more people-oriented,” Williams said. “I was at my old job for ten years, and I’m glad I don’t have to lift anything heavy or deal with garbage anymore. Since coming back [from Phase 2 of the New York reopening process], I have been able to take on more responsibility. My supervisors see me as a dedicated partner.”

Calling Williams a dedicated partner is an understatement, according to his supervisor Laney Alfaro, Associate Manager at Starbucks Roastery New York in Chelsea. Watching  colleagues greet him at the start of a shift shows that Williams is nothing if not an A-list team member. On July 30, Alfaro and Williams’ fellow Starbucks colleagues celebrated his one-year anniversary with a pinning ceremony. 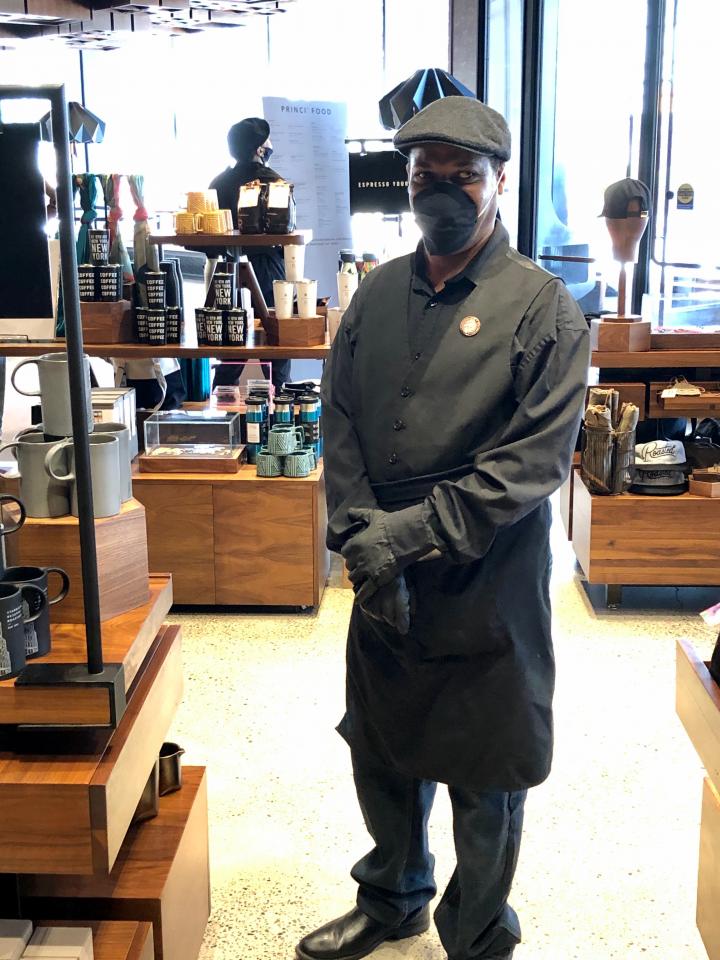 “Our team would not be the same without him; he’s a ball of sunshine,” Alfaro said. “He has a very open personality, immediately building connections with fellow partners, and taking initiative. He’s been a great lesson for us – we have really learned when to challenge him and when to step in and support. As he continues to grow at Starbucks, he has overcome and mastered so many of these challenges.”

Benefits of supported employment extend not only to employees with disabilities but also to the companies that employ them: research has pointed to diversity in thought, employee retention, and favorable public perception. Starbucks values the partner it has in Williams. Due to the continued outstanding service Williams has delivered, the Starbucks Roastery where Williams works, which is a “no tip” location, decided to donate tips that customers leave from January to June to YAI.

“This was the first time we chose to donate to a non-profit organization that directly supports a partner,” Alfaro confirmed. “At Starbucks, we strive to create a welcoming and inclusive environment for both customers and partners. We become stronger when our workforce is diverse and inclusive.”

Williams’ demeanor, work ethic, and personable nature were store-wide assets when Starbucks partners returned to work earlier this year. He led work trainings to prepare others on how to safely reopen. Williams has truly felt like a team player – he led discussions on how to ensure the PPE worn by baristas could maintain a standard of safety while also becoming more comfortable for those who would have to wear them for hours on end. These sentiments were echoed by his colleagues, explained Jesse Bernardez, Assistant Supervisor of Brooklyn Training Services, who is also Williams’ job coach.

During the pandemic, the staff at YAI Employment Services has been hard at work advocating for I/DD community members to either keep their jobs or receive modified roles that can help them maintain employment as the jobless rate climbs. They have also quelled anxiety that researchers say has grown with the uncertainty surrounding COVID-19, affecting more than half of the I/DD community. 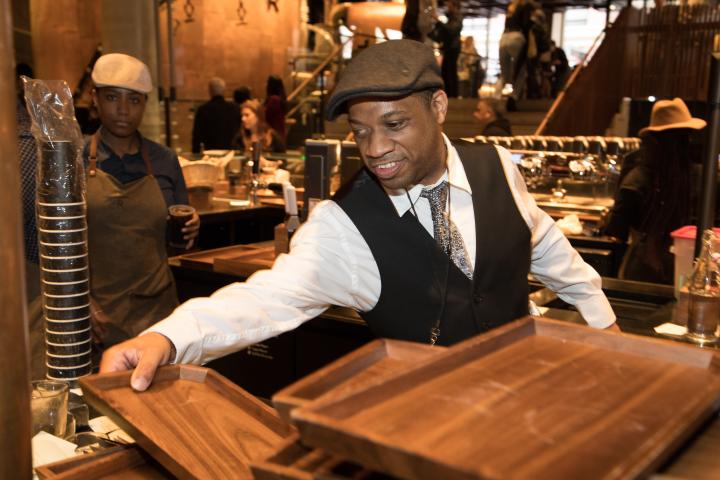 FROM THE ARCHIVES: Andre Williams smiles as he starts his new role at Starbucks Roastery in Chelsea September 2019.

Maintaining healthy lines of communication between YAI and employers has always been a top priority for job coaches, but it has become even more important during this crisis. COVID-19 has pushed employment into new territory and Employment Services has been actively ensuring that the majority of the people supported by YAI kept their jobs or received steady compensation if furloughed. Through this, support has evolved to include skills for a newly digital workplace, including virtual interviewing techniques. Coaches have also kept lines of communication open with supervisors and companies. While not all employers have been keen on maintaining current rosters, many acknowledged the struggles of employees, especially those in the I/DD community, said Bonnie Holtzman, Long Island Day and Employment Services Coordinator at YAI.

“Through these relationships, YAI can not only place more of these extraordinary people in roles that work for both parties, but we are also able to build trust with employers and the I/DD community,” Holtzman said. “It comes down to making sure that all parties involved can come from the table feeling satisfied with the interaction. We pride ourselves in our ability to advocate for the I/DD community, and when things like Andre’s story happen, it shows us that what we are doing has such positive consequences for everyone involved, especially in the middle of a pandemic.”