Big corporations have relied on digital marketing for a number of years. Nonprofits have been behind the curve in adopting and executing digital marketing strategies. Over the past several months, YAI has been committed to amplifying its digital presence, buying and borrowing know-how, to set itself apart from peer intellectual and developmental disabilities (I/DD) providers to raise awareness and support.

"For an agency founded in 1957, it's no surprise that we haven't had a tradition of excellence in the digital sphere," said Sushmitha Mudda, YAI's Marketing Representative. "But raising the profile of our work, our expertise, and the people we support is critical to our mission. And in 2020, no one can do that without help from online platforms." 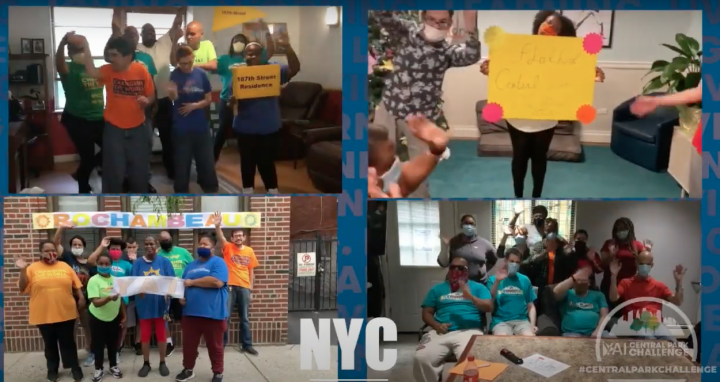 Enter Google. YAI participates in Google Ad Grants program, which provides thousands of dollars of in-kind advertising to non-profits through Google search ads every month. Over the past year, YAI has ramped up efforts on Google Ad Grants to recruit volunteers, attract donors, and increase its visibility when people search for popular topics in the I/DD universe.

In mid-March, right before the coronavirus pandemic hit, Google selected YAI to collaborate with a student team under the Ad Grants Online Marketing Challenge (OMC). Google partnered YAI with MBA students from Binghamton University in Upstate New York on a two-month program to enhance the performance of YAI ads. With most of the world’s communicators moving to remote operations, YAI’s invitation to participate in the OMC couldn’t have come at a better time.

For several weeks, Binghamton students met with YAI’s Communications team to learn how I/DD topics are understood by digital audiences and evaluate YAI’s campaigns for topics like autism and self-advocacy. The team helped refine a digital marketing strategy just in time for Central Park Challenge, the biggest event of the year, which also went fully virtual for the first time in its history.

One of the digital strategies was to implement conversion tracking to measure the impact of YAI ads. Conversion tracking, which allows an organization to see the actions people take on their website, helped the OMC team understand what path people took to reach centralparkchallenge.org. While some wanted to participate in a run to help support people with I/DD, others came simply to donate. These insights can help inform future decisions about what draws people to YAI.

Within a month, the Central Park Challenge campaign drove more than 5,000 visits to the website. Visitors driven by Google Ads led to a striking 800% increase from 2019. In addition to raising awareness and raising funds, the team attracted an audience that hadn’t heard about YAI tune in for the virtual broadcast, and maybe even donate.

The campaign proved crucial to the virtual Central Park Challenge’s success. What normally draws a crowd of 3,500 people reached more than twice as many, some 7,500 people from countries as far away as the United Arab Emirates, the Philippines, and Great Britain. Within the United States alone, viewers tuned in from 12 different states.

“Google Ads provided more outreach and exposure, leading to an increase in participation and donations,” said Emily Kreitsek, a Binghamton student. “As a result of the current state of the world, the routines and structures of daily life have been completely altered for many people, including families with children and adults with I/DD. The Central Park Challenge provided a source of entertainment for many, all while raising money for their cause.”