With more than 50 of her friends gathering at a local restaurant, I was fortunate to be among them celebrating Gwendolyn's 100th birthday. 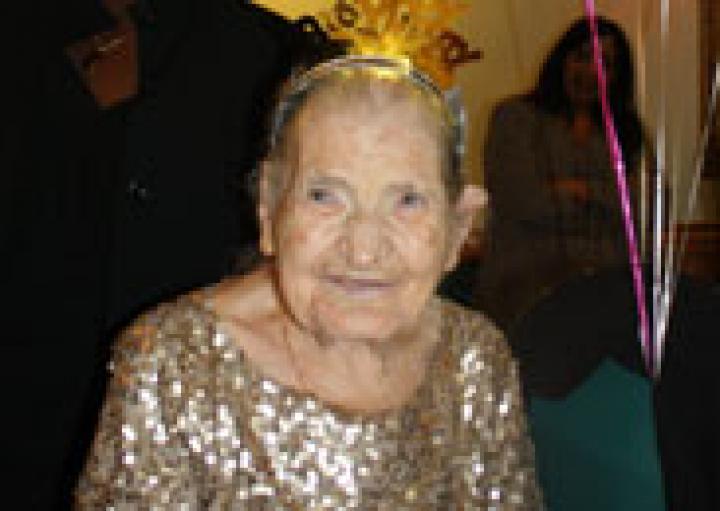 I've known Gwendolyn for a few years, as she receive medicaid service coordination from RCALD.

For Gwendolyn, who loves eating out at restaurants, the party with so many friends from the Hudson Valley DDSO, was extra special. A highlight of her birthday was receiving a birthday card from President Obama.

"Gwendolyn has a love of life and an enthusiasm that is an inspiration to us all," said Christine Reinhard, Director of RCALD. "She is a shining example of how age is not a barrier, but an opportunity to live life to it's fullest."

With music playing, Gwendolyn with her hair perfectly coiffed and her nails manicured, put on some dance moves during the celebration.

"Everyone wishes they could have a grandmother like her," said Suzanne Ufret, Developmental Aide from the Hudson Valley DDSO. "She even has great taste in music!"

"People half of Gwendolyn's age don't know how to enjoy themselves as much as she does and their brains don't work nearly as well as hers," Heather Grant, Treatment Team Leader from the Hudson Valley DDSO. "She is petite but full of spunk. We can all learn a lesson from her"