A Retirement Fit for a Queen 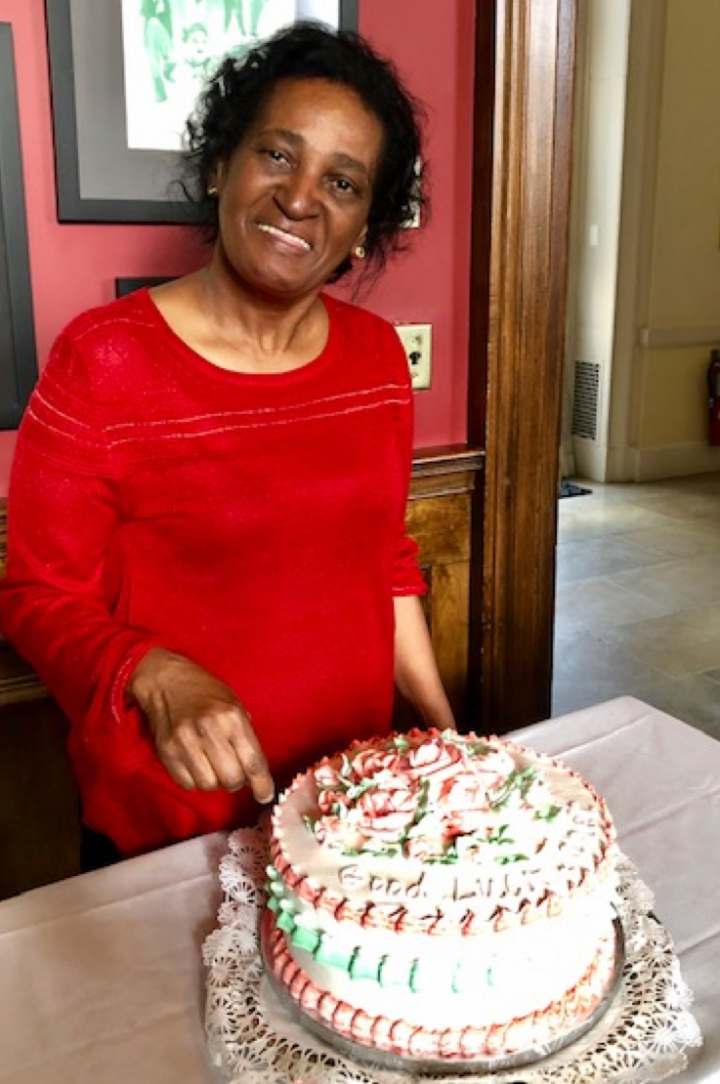 Many good things came to the world in 1994: Nelson Mandela was elected President of South Africa, The Beastie Boys were on fire with the release of “Sabotage,” The Lion King and Forest Gump were giants in the box office, the Sony PlayStation was born, and a wonderful woman named Janet Channer left her career in banking to begin working with people with disabilities at YAI’s Foothill Residence in Queens.

Janet began her new career in the field of I/DD as an Overnight Awake (ONA) counselor at the Foothill Intermediate Care Facility (now an Individualized Residential Alternative) which, at the time, was operated by another agency. Janet quickly proved herself to be an efficient and professional counselor who ran the overnight shift like a well-oiled machine. When YAI assumed operation of the Foothill Residence in 1999, only Janet and two other staff from the former agency were asked to stay on.

Since 1999, Janet continued to shine in her role. She was fully dedicated to the people she supported. Janet often spent part of her night ironing the clothing of Foothill residents to make sure everyone looked nice the next day. Janet knew the OPWDD policy by heart and edified surveyors with her knowledge and with the smooth operation of their morning observations. She encouraged choice and self-direction and person-centered thinking years before Personal Outcome Measures (POMs) changed our work.

Janet is a skilled and proficient teacher. Anyone trained—and approved—by Janet was ready to run an overnight program anywhere in YAI. And so, after 25 years in her second career, it was inevitable that the day would come when Janet would finally decide to retire.

On December 12, 2018, the Foothill staff feted Janet with a surprise retirement lunch at the famous Oheka Castle, a former mansion on Long Island’s the Gold Coast in Huntington. YAI thanks her for her dedication to the men and women she supported at Foothill over the last 25 years and the countless staff who had the honor of working with her. Our very best wishes to you, Janet!

Resilience and Hope for 2021 and Beyond