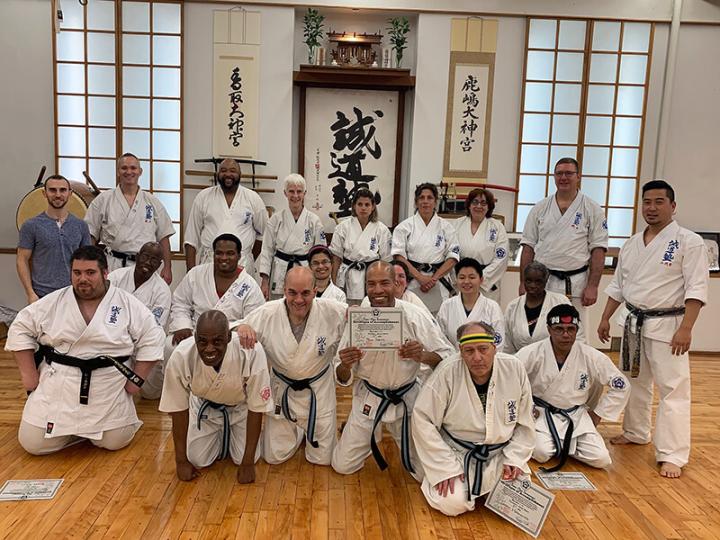 On a late spring day inside a Flatiron low-rise, the entry hall of Seido Dojo hummed as 13 participants from YAI’s Manhattan Recreation program scrambled to find open cubbies for their shoes. Almost as soon as they entered, they vanished into the locker rooms. Minutes later, they emerged — their street clothes replaced by bright white uniforms, their frenetic energy transformed into laser focus.

After months of training, they would demonstrate their mastery of karate before a panel of expert judges at the 2019 Seido Inter-Dojo Tournament.

For more than 20 years, World Seido Karate has partnered with YAI to offer a respite where the people the agency supports can center their minds and bodies by practicing the centuries-old martial art. 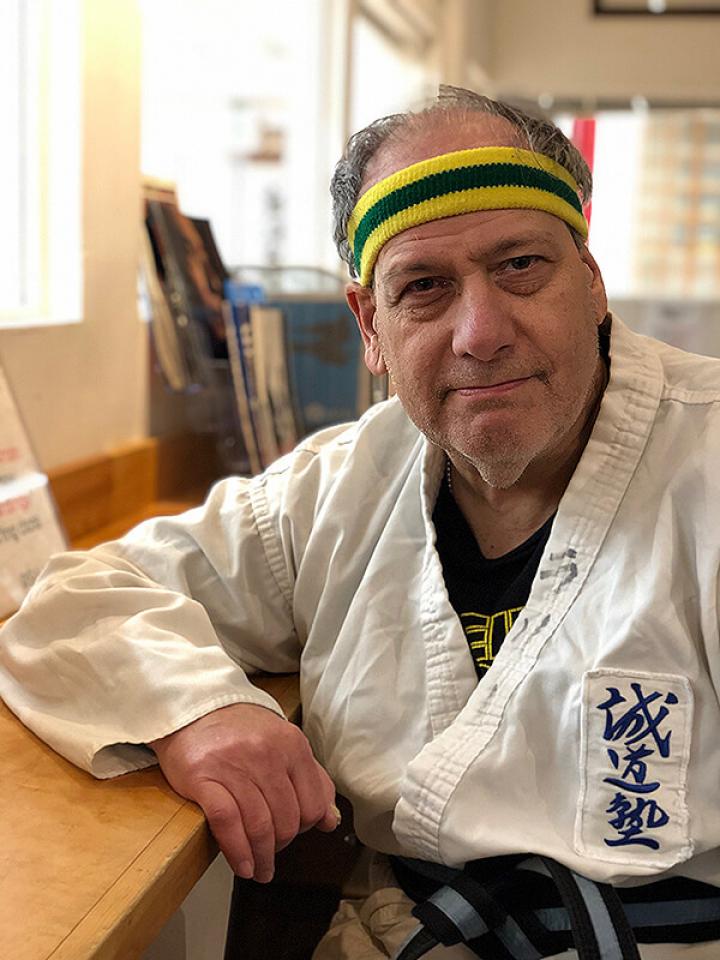 Larry Moskowitz, a participant in the recreation program, has attended lessons at the dojo for as long as YAI’s partnership has existed. Today, he's a senior black belt.

"I've been doing this for 20 years and I feel really comfortable here,” he said. “So many places aren't willing to work with people with disabilities, but the people here have really taken the time to do that with us.”

According to Hannah Maratea, a coordinator at World Seido who leads their YAI partnership, inclusivity is core to the dojo’s philosophy.

“We have a few adapted programs that make karate accessible for everyone,” she said. “Karate builds people physically, mentally, and spiritually. Everyone deserves that. We’re just happy to be able to give it to them.”

While every class is individualized to meet each person’s physical and intellectual abilities, it would be a mistake to assume the lessons are easy.

“For the YAI class, we use the same syllabus that every student at the school uses,” Maratea said. “The only difference is that it’s modified to fit what they’re capable of. We really try to push them to be sure they’re getting as much out of it as they can.”

This became clear as, one by one, the people from YAI’s cohort took to the floor. With poise and determination, they walked before a lineup of seven senpais (karate masters). Then, with a bow and a deep breath, they began a series of precise motions that left no doubt about their skills. In that moment, the barrier between “able” and “disabled” fell away, leaving the small audience amazed by their mastery. 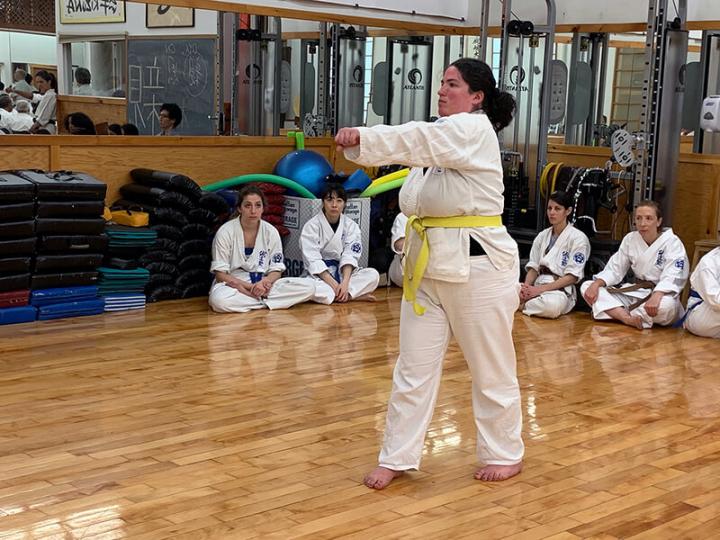 Jennifer Naftelowitz, an advanced yellow belt who has attended YAI’s program at the dojo for four years, credited her grace on the floor with the discipline she’s learned at Seido.

“I feel good when I do karate,” she said. “Sometimes I get a little nervous, but then I just breathe, calm myself down, and say to myself: ‘Even if I mess up, I know I did the best I could.’”

Watching this discipline evolve over time is especially inspiring for Barbara Rothenberg, a YAI volunteer who has worked at Seido Dojo with the people YAI supports for 18 years.

“The students bring such wonderful dedication and spirit to the program,” she said. “I’ve seen some students who, when they start classes, have trouble staying still or following instructions, but as time goes on, they do. They put so much into it and it really shows.” 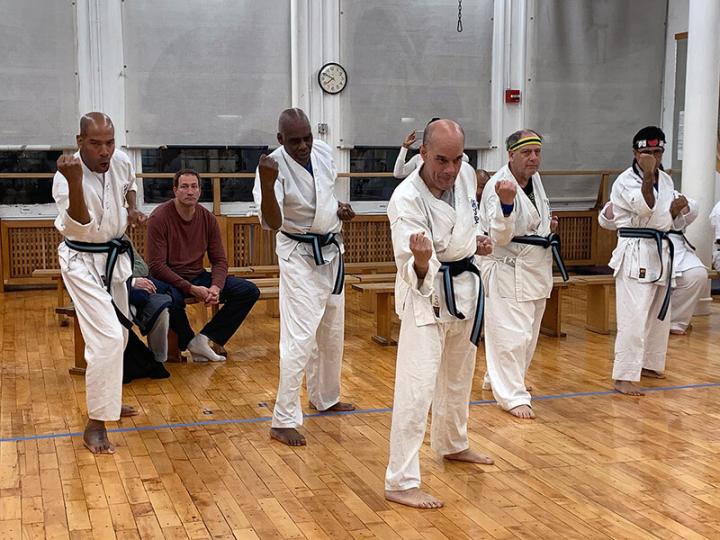 Discipline isn’t the only thing the students demonstrate. As the judges read each person’s score, their peers cheered when the result was better than expected and reached out in empathy when it left room for improvement. Throughout the tournament, the mood remained high as they reminded every competitor and spectator in the room that karate is more process than contest.

It’s this perspective that Maratea values most.

“Karate instills respect and love for all people, but it’s hard to practice that when you don’t see others who are different from you,” she said. “Having people from YAI helps everyone else realize: ‘Hey, I’m not the only one who can do karate.’ They bring an energy to the tournament that reminds us all to be excited about life.”