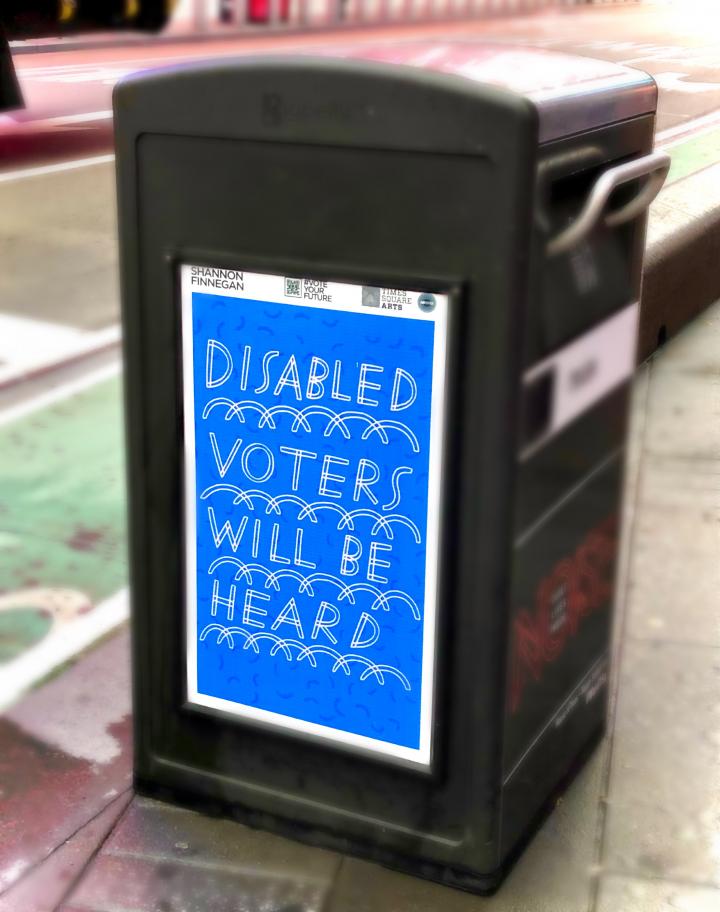 As the election season draws to an end, months of debates, lawn signs, and TV ads have given way to “I Voted” stickers. The 2020 election is taking place in the middle of a pandemic, which has claimed more than 200,000 lives in the U.S. alone. People of all walks of life have been affected, but vulnerable groups have borne the brunt of the casualties.

People with intellectual and developmental disabilities (I/DD), who have been disproportionality affected by the pandemic, have also been historically disenfranchised at the voting booth. Both the Voting Rights Act of 1965 and the Americans with Disabilities Act were meant to curtail discrimination at the ballot box. Yet despite these important protections, people with I/DD still face challenges when casting their votes.

According to an NPR report, 83 percent of polling places pose an impediment to voters with disabilities. These include accessibility obstacles, poll workers unfamiliar with ways to accommodate people with disabilities, and even challenges to the legitimacy of someone with I/DD casting their ballot. These issues, while not as pervasive as in the past, still exist today.

The pandemic and the conversation about structural racism in the U.S. have inspired more people receiving services from YAI to pay attention.

“Months prior to [the election buzz], we were talking to residents who were frustrated with current events and news, helping them understand how the powerlessness they may feel can be taken to the polls by showing them how to update their registration and develop an effective voting plan,” said Cassandra Romero, Residential Services Coordinator at East 5th Street Residence in Manhattan. “It’s just another aspect of providing quality care. We make sure that they feel their voices are being heard.”

At the Herald Square Day Hab, hybrid virtual and in-person programming supports discourse, including a “Jeopardy”-style game on current events and recent debates.

“We talk about how the government needs to work together, even if they have different points of view, and how, regardless of political affiliation, we need to all come together for the betterment of the American people,” said Helen Feit, Supervisor at Herald Square Day Hab.

This year, people who live in YAI residences who are politically active have had to reconsider their own tried-and-true voting plans. This includes Peter Marino, who has lived at the Oceanside Residence for a decade and has never missed an election.

“I hope that whoever is President, that the House and the Senate match them,” Marino said. “They’ll get more done, because they’re on the same team.”

Marino, like many others trying to balance his civic duty and his personal safety, has an absentee ballot, but he might vote in-person at his usual polling place instead, while being mindful of social distance protocols.

Striking a balance between safety and civic duty is something staff have been exploring with civic-minded residents. Romero has worked with East 5th Street residents to ensure that they feel safe when voting, especially if they plan to vote in-person.

“With early voting turnout throughout the city being what it is, we are seeing many residents choosing to wait until Election Day instead of having to wait in long lines,” Romero said. “At the end of the day, we want to make sure they remain empowered, safe, and fulfilled throughout this process.”