A Home of Their Own for the Holiday

Individuals living in YAI's first ICF on the grounds of the Brooklyn Developmental Center (BDC), at the request of OPWDD, moved into the community last week.

Eight people, who have spent most of their lives living at the Brooklyn Developmental Center (BDC), left for YAI Day Services program on Nostrand Ave., in the morning, but returned to a house which is now their home at YAI's City Line Residence.

‘Yes, This Is Your Home'
''The excitement on their faces ... their eyes were so bright ... they love it," said Francine Wilson, Assistant Supervisor, who started at YAI's Ocean Parkway Residence five years ago before joining the team at the BDC in the summer of 2014.

One individual, Rafael, has been asking staff the same question every week since YAI arrived at the BDC in October of 2014 ... "When are we going to move into the home?" As Francine walked with him up the ramp to the front door last week, he asked, "'Is this my real home?'" Francine recalled. "Yes," she said. "This is your home."

2 Programs Under One Roof
The home, which is on the Brooklyn-Queens border, is two separate IRAs. Four individuals live on the second floor, while five others with more challenges and ambulation issues are on the first floor. Each resident has his/her own room.

To operate a program successfully within the BDC, which is slated to close Dec. 31, Day Services and the Residential departments collaborated closely, said Fred Feibusch, Vice President of Residential Services. The individuals began transitioning to YAI's Nostrand Ave. Day Services last May.

"I feel good about being part of such a positive change in their lives," said Kalina Elezye, DSP, in the Day Services program. "It's great to see the quality of their lives improving." 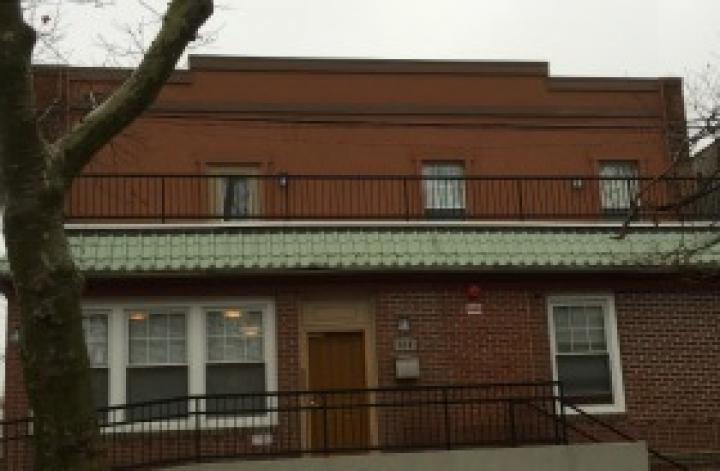 Implementing POMS
"When I first went into the BDC, the individuals seemed almost programmed to do things in a certain way," recalled Julian Clarke, a DSP who started with YAI at our Bay Ridge and Sheepshead Bay IRAs before joining City Line. "Then we came in and our approach was more individualized. They were very excited and wanted to go out in the community. With Personal Outcome Measures (POMs), we began presenting them with choices. Now that they know they have choices, they can't get enough of them."

‘Happy Being Here'
"You see the smiles on their faces; we've introduced them to something new," added Kcasey Ruddock, a DSP, who also worked at Bay Ridge, Sheepshead Bay, the BDC and now City Line.

"Starting at the BDC and getting to know the individuals was such a wonderful heartfelt situation at the time," said Fritz Taylor, Supervisor. "This is a wonderful home. They're really happy being here."