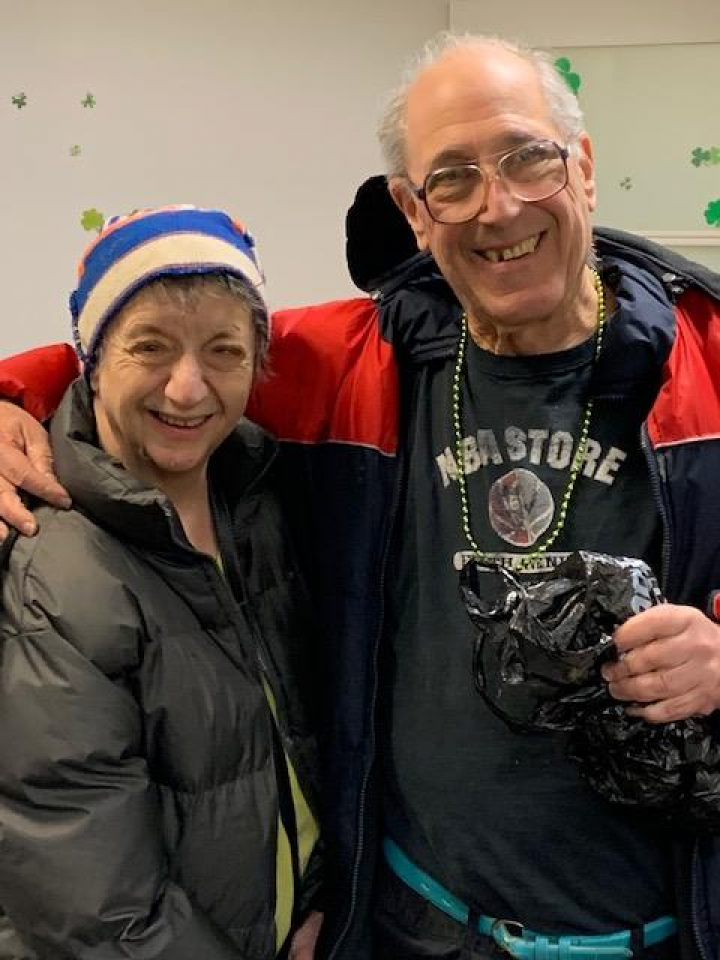 Spring means love is in the air. On April 8, members of YAI's Manhattan Recreation Services, a program created to support independent adults through recreational activities, celebrated a special 46th wedding anniversary. Stanley and Nattlie Brooks have been together for 48 years.

In 1974, the couple met as members of the Alumni Club, YAI’s first recreational program, which was created back in 1957.

"I had seen her at YAI socials and we danced. Then my mother got to know Nattlie more at YAI bingo fundraisers in Corona, Queens. My mother told me she was a nice girl and I should get to know her. So, I asked for her phone number and she said yes. We dated for six months, were engaged for a year, then we got married at the Whitestone Hebrew Center two years later,” Stanley said with a smile.

The rest is history. When asked for their recipe for success, Stanley said, "Marriage is a 50/50 proposition. If she wants to do something, I do it with her. If I want to do something, she does it with me. I take her to Mets games and she comes with me to Yankee games, because I'm a Yankee fan and she's a Mets fan.”